We encourage all Western Dakota Technical College Alumni to...

Be Informed! By staying informed, you’ll make a wonderful ambassador for Western Dakota Tech – within your profession and to prospective students.

Get Involved! Whether it’s participating in or attending an Alumni event, you can play a vital role in preserving the excellence of Western Dakota Tech.

Give back to WDT 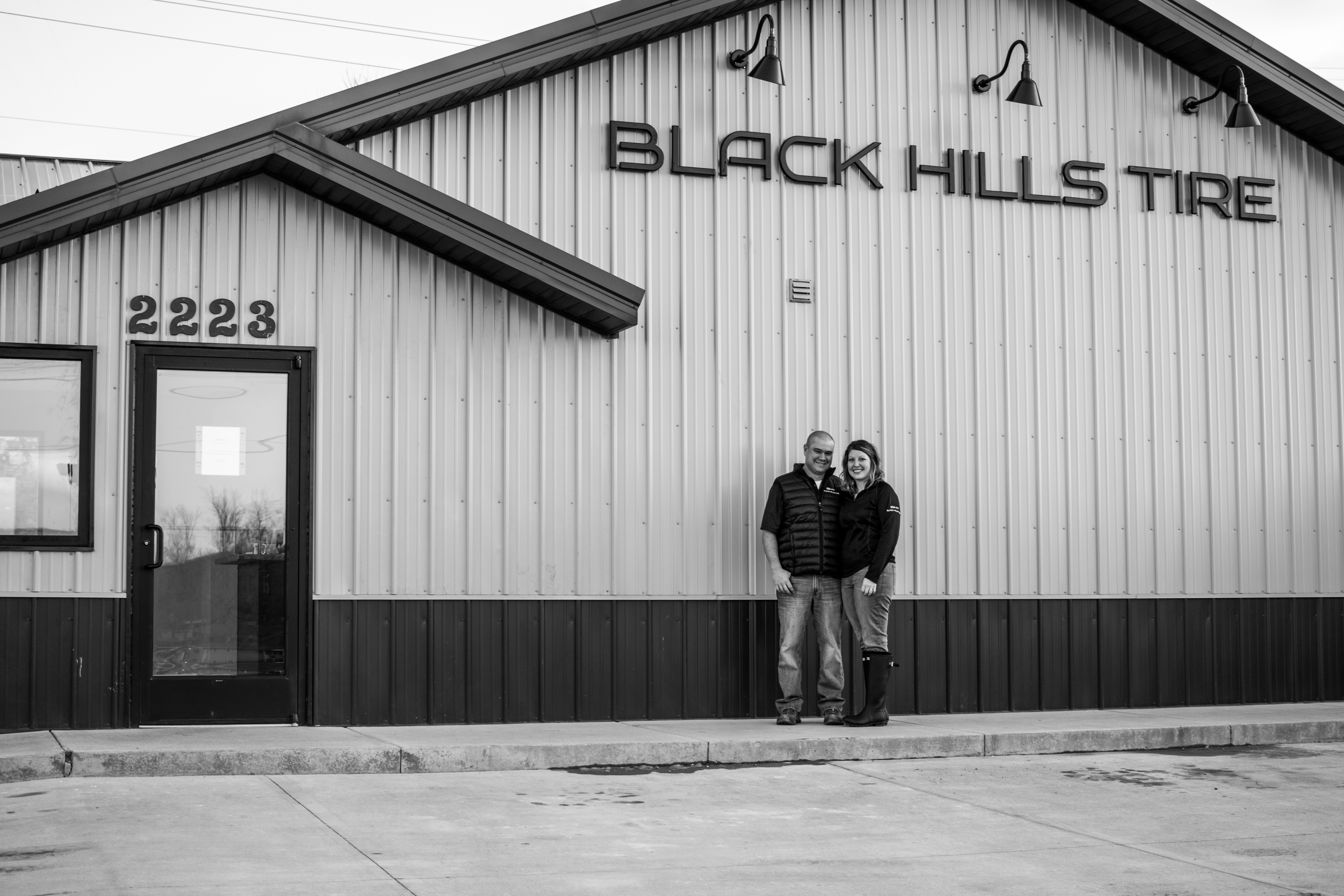 What good is living the life you have been given when all you do is stand in one place?

This is a motto Weston and Tenise Chapman live by and this motto has been the inspiration in their new adventure. Starting Black Hills Tire in 2018 was a dream the Chapman’s had been seeking for half their lives. Their goal is for their business to become the number one recommended tire and

automotive service facility in the Black Hills area - one car, one customer, one opportunity at a time. This dream was instilled in Weston and Tenise many years ago.

Tenise’s grandparents owned and operated a service station in North Dakota for 40+ years. She has fond memories of playing cards with her Grandpa Vern between customers, as well as riding in the bulk truck delivering fuel to local ranchers.

Weston’s parents have owned their own business for 30+ years. If you are from Western North or South Dakota and needed satellite TV, you have most likely met Blane and Doreen Chapman. From an early age, Weston could be found helping in their store or on the road with his dad installing and delivering TVs and satellite dishes. Growing up in this environment created his sense of how important customer service and honesty is.

As you can see, the Chapman’s dream began many years ago. They aim for Black Hills Tire to be the premier tire and automotive repair store in the Black Hills area. The Chapmans look forward to their business becoming an asset to their community and a place of employee pride. Weston and Tenise are great examples of what people can do with a technical education, shared commitment, vision, and hard work. Together they have established a very successful business, where they provide the highest standard of customer care and service in a community they take pride in and give back to. 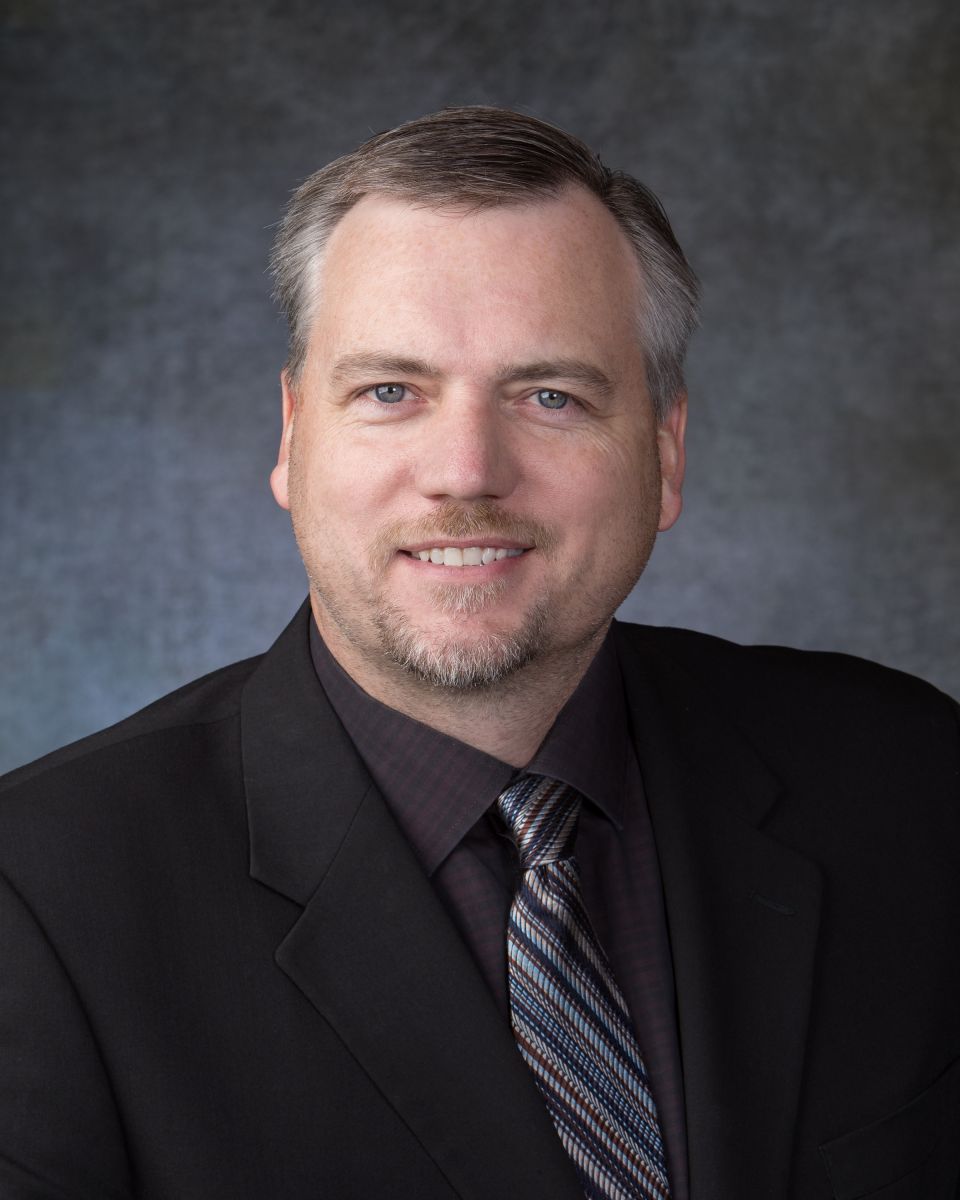 Shawn Gab graduated from Western Dakota Tech in 1997 with a degree in Computer-Aided Drafting: Architectural. He was recruited by the Boeing aircraft company and became a Design Engineer at their Wichita, Kan., campus. In 2001, he returned to his hometown of Rapid City, S.D., and began designing and manufacturing electrical device. He is the owner of Tri-Tech Manufacturing, Inc., and is once again producing products for aerospace customers.

As an engaged citizen of Rapid City, Shawn enjoys giving back to his community and has served on numerous organizational boards. He is currently Chair of the Western Dakota Tech Foundation and is on the Western Dakota Tech Industrial Advisory Board. Shawn also serves on the Rapid City Regional Airport Board and the Youth and Family Services Board, is a member of Pennington County Search & Rescue, and is a volunteer pilot for Angel Flight Central. 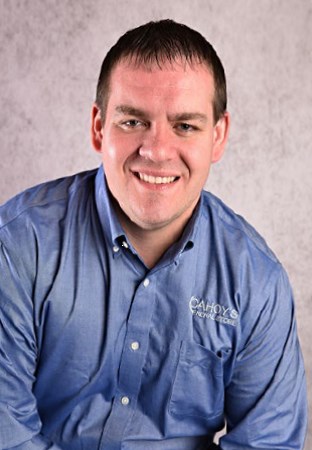 Dan Cahoy graduated from Western Dakota in 2010 with an associate’s degree in Business Management and marketing. After graduation, he worked as a marketing director for a real estate firm in Rapid City. In 2011, Dan moved back to his hometown, Bonesteel, South Dakota, to reopen the family-owned grocery store. In 2012, he received an opportunity to work at First Fidelity Bank as Branch Manager. In 2017, he resigned from the back to pursue his passion for the grocery business and purchased a second grocery store in Lake Andes, South Dakota. In 2018, the opportunity to purchase another grocery store in Tyndall, South Dakota, came up. Both Lake Andes and Tyndall’s only grocery stores had closed prior to Dan purchasing them and he felt there was a need for a grocery store in those communities; as a grocery store is key to keeping small communities alive. He currently employs 29 employees in these communities.

Dan and his wife, Trisha, have two beautiful girls, Brielle (4) and Bridget (2). His family plays a major role in the family business. His father and mother-in-law also work as managers at his stores. Dan is involved in many groups and organizations in the community, some of which include: Bonesteel Commercial Club President, Bonesteel Area Community Development Board Member, Parish Council, Member, and Make-A-Wish Granter.

John Phelps, from Rapid City, S.D., graduated from Western Dakota Tech in 2012 with an Associate of Applied Science degree in Business Management and Marketing. In pursuit of his career goals, John started college at St. Cloud State University in St. Cloud, Minn., in July 2014 and graduation in December 2016 with a Bachelor of Science degree in Recreation & Sports Management – having never missed a class. Upon graduation, John joined the Peoria Chiefs Front Office Staff in January 2017, in Peoria, Illinois, where he is currently employed as an Inside Sales Representative. (The Chiefs are the Class A Affiliate of the St. Louis Cardinals Major League Baseball team.) Before joining the Chiefs organization, John was a Game Day Operations Intern with the Sioux Falls Canaries Baseball Club, in Sioux Falls, S.D., and worked in the St. Cloud State University Athletic Department as a Marketing and Promotions Assistant. Additionally, John has served as a Media Relations Volunteer for the National Collegiate Hockey Conference Frozen Faceoff, in Minneapolis, Minn.

John’s parents, Doug and Terri Phelps, will be accepting the award on John’s behalf.

Jennifer stands at the forefront of the fastest, much sought after medical careers. She has spend the past five years as a cardiovascular surgical technologist at Rapid City Regional Hospital, one of the highest-rated performing hospitals in the nation.

Throughout her five-year tenure with Rapid City Regional, Jennifer has built a reputation for handling surgical procedures with efficiency and accuracy and under sterile conditions. Her ability to work long hours and handle pressure situations with sound judgement has made Jennifer a good team member among the cardiovascular surgeons.

Jennifer is a 2011 graduate of Western Dakota Tech’s Surgical Technology program and gained her clinical experience at the Billings Montana Clinic.

Jennifer is a lifelong resident of Rapid City and is married with one substitute child, her dog Maisy. Jennifer enjoys travel and all outdoor activities.

Julie Jones-Whitcher holds an A.A.S. in Business Management and Marketing from Western Dakota Tech and a B.S. in Business Administration and Marketing from National American University. She has been employed at the Rapid City Convention an Visitors Bureau since September 2002 and currently holds the position of Director of Tourism. Here, she is charged with marketing and promoting Rapid City s a leisure destination to visitors, travel professionals, and members of the media all over the world.

Julie is a continuing recipient of the South Dakota Governor’s “Great Service Award” for delivery Outstanding Hospitality and Customer Service and a graduate of Leadership Rapid City (Class of 2009). She is also selected as the Rapid City Chamber of Commerce 2008 Young Professional of the Year and named to the top 40 Under 40 by the American Chamber of Commerce Executives in 2010 and Prairie Business Magazine in 2015.

Julie resides in Rapid City and spends weekends with her husband, Jeremiah, and son, Walt, on the family ranch located on the Cheyenne River, 50 miles southeast of Rapid City. In her spare time, she enjoys spending time with family and friends, cooking, running, and traveling. 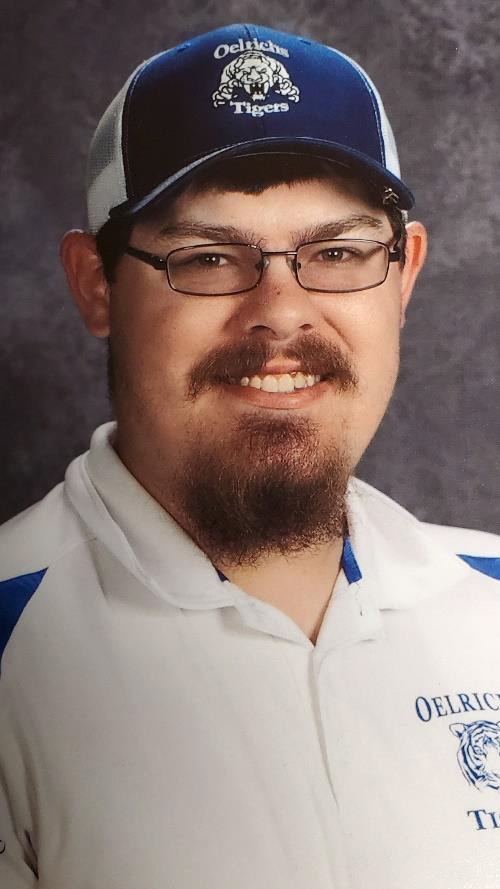 Dale Ruhoff is a welding instructor at Oelrichs High School where he teaches three classes, Intro to Manufacturing for middle school students, Welding I, and Welding II.

My WDT story begins when I am a sophomore at Hot Springs High School, where I just transferred back from South Beauregard High School in Louisiana. I visited with the school counselor to go over my schedule and was asked if I would like to take Welding I. Before this point, I had never taken welding before, but I was willing to learn something new. Little did I know that I would grow to love welding and make a career out of it. I would later take some sort of welding class throughout high school because it was a place for me to relax and focus.

It was my senior year of high school, and I did not have a clue as to which college or vocational school I should go to. My welding instructor (Jonas Weiss) encouraged me to apply at Western Dakota Tech for Welding and Fabrication and to apply for the Build Dakota Scholarship - and that is exactly what I did. WDT accepted my application and I later found out that I was a recipient of the Build Dakota Scholarship and was set to begin classes in the fall of 2016.

In the two years that I was at WDT, I remained on the Dean's List every semester. I tried so hard because I was in classes I loved taking. I do not know how Michael Prugh and Troy Barry teach so well, but I learned as much as I could from them and they made it a memorable experience. After graduation, I was offered a job from Oelrichs High School to be a welding instructor. At first, I wanted to say no and continue looking for a full-time welding career, but it took me a couple of weeks to accept the job. I went through the SD Department of Education to obtain my alternative teaching certification and now in my third year of teaching, I have my CTE teaching certification as a welding instructor.

I feel that I am giving back to WDT and the community by teaching the next generations of welders. The knowledge I gained from WDT is helping me teach young adults a life skill they can take anywhere. When I prepare my students for post-secondary schooling, I try to encourage students into going into trade schools instead of a traditional four-year college.

If you can, apply for the Build Dakota Scholarship, after that, apply for every scholarship you can. Take things one step at a time, focus on yourself, and most importantly always drink water.